3RW arkitekter were the winning team to undertake a 100M NOK renovation of the key spaces of the museum, namely a new restaurant and shop, an interactive children’s room, conference room a library and a VIP lounge. Located in Bergen’s cultural quarter, the 5000m2 building built by Henry Bertram Bucher dates from 1898 and was erected as a cultural monument in the Italian Neo-Renaissance style.

The refurbishment of KODE 1 is particularly important because of its two prerogatives:

ART: Through time the museum spaces that were accessible to the public evolved into disparate rooms containing various collections poorly displayed to visitors.  3RW’s design reorganizes these spaces to expose the reserves of the museum—formerly inaccessible—in the form of a ‘curated wall’ that revisits the principle of a ‘cabinet of curiosities’. This element is inserted in different ways throughout the entire building and answers to the monumental scale of the building to accommodate more art. It also acts as a curated buffer between the public and private parts of the building. In this context, 3RW saw an opportunity to synergize those two classical themes into a dynamic and innovative way. This creates a new dialectic between the duty of a museum—storing, collecting, preserving, informing—and its new ambition for the future—seducing, attracting, being alive, inspiring, being local and international—in an open and surprising dialogue. It is achieved by creating relations with parts of the program such as the restaurant, reception and shop, which are traditionally conceived as separate entities under a same roof.

CIVICNESS: The second main challenge has to do with the transformation of KODE 1 Permanenten, at the heart of Bergen’s cultural axis, into a vibrant and dynamic actor for the city. This is achieved in different complementary ways by delivering a ‘’landscape’’ of new public functions, answering also to the changes happening in the city:

In our long-lasting working collaboration with KODE Art Museums, 3RW arkitekter have worked closely with the various museum teams—museographer, scenographer, restaurant manager, reception, boutique, library and security—under the dynamic impulse of Director Karin Hindsbo and OBAS Vest AS, the contractor for this ambitious refurbishment, to ensure the identity and programmatic diversity of the building and KODE as whole.

More information about the project 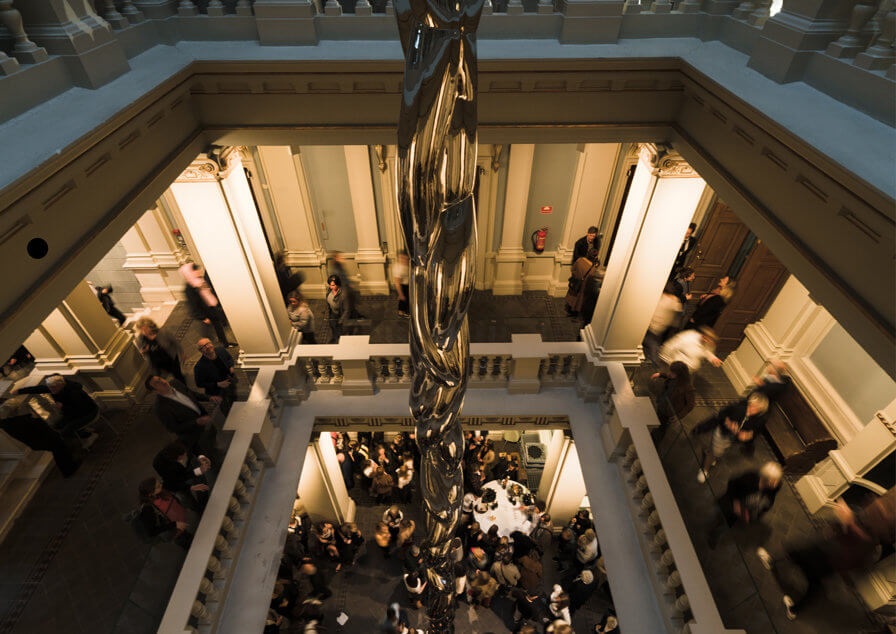