With its proposal «RAK RYGG», Team DNA was one of 7 design teams in the limited planning and design competition for the New Governmental Quarters in Oslo, Norway.

The concept encompasses 3 main values: the Bedrock, representing what’s ‘safe’ and ‘solid’; the Walkway, representing the meeting place for professional interaction; and the Y-park, a landscape element that conserves history through a new use in the footprint of the distinct Y-block that has been allocated to demolish.

Through DNA – ‘Det Norske Arkitektkontor’ (The Norwegian Office of Architecture) – we have gathered knowledge from all parts of the country to contribute to a national effort to create a new governmental compound for the whole of Norway. Team DNA is, with its geographical and disciplinary distribution, within the architectural-, engineering- and consultancy landscapes, the only one of the 7 competing teams that has implemented this strategy and secured full representation from the different parts of Norway in the design process. We like to think this has been a groundbreaking collaboration, assembling the best knowledge across regions within the overall contemporary Norwegian architecture.

In an article in Architektnytt, both the Head of the Planning Department in the City of Oslo and the Heritage Department in Oslo pointed at Team DNA’s Y-park proposal as a good solution to preserve the memory of the Y-block, and at the same time making sure Pablo Picasso’s mural is kept in its original position and context. 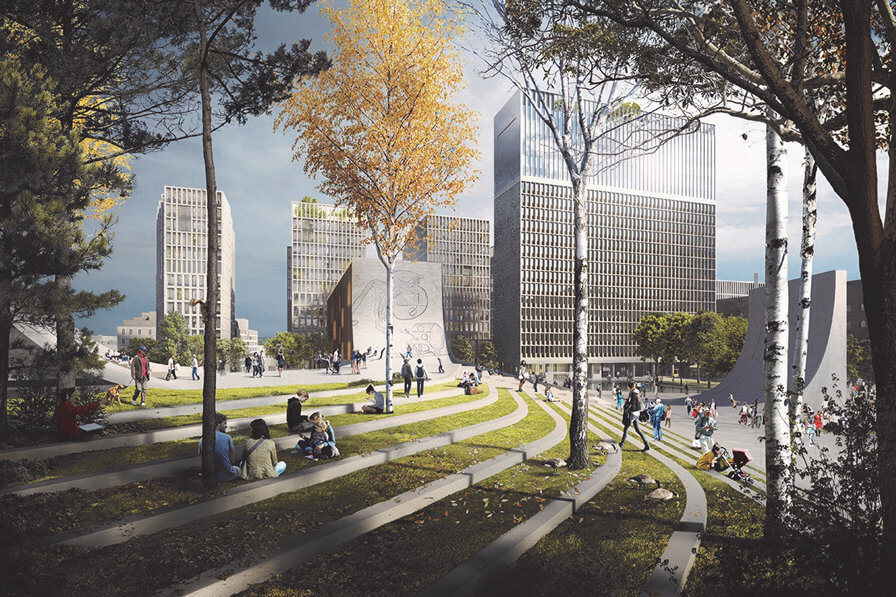