A place that attracts the locals, trade and culture in the center, a reverse on the opportunistic and messy development of its last thirty years that saw the downtown of Os gradually transform into a space without real definition or character, a bumpy parking space

For many years the Os core businesses has been scattered without anchoring in the center. Shopping at shopping malls, eating dinner and enjoying culture at Oseana, bathing on Solstrand, etc. Although such a distribution of programs may have its advantages, there is also a clear side effect, the center became a secondary peripheral district. Experiences, memories, and activities are linked to different locations across a large geographic area, losing the opportunity to exploit synergies and shared identity building of a strong and vibrant center. The infrastructure in the center area supports this trend.

The main road is primarily based on an efficient detour. This contributes to the fact that Os Center for a long time appears to be partly disconnected from its surroundings. This is not unique to Os downtown but has similarities with a number of towns and cities in Norway.

The goals with the upgrading of Os center is to create a place that once again attracts the locals, trade and culture in connection with a transversal landscaping reintegrated in the center and redefining the access to the river.

The main driver of the project is based on the overlap between the green structure and the public space. The reintroduction of the north-south landscape character throughout the plaza supports the new city center by adding local qualities. The redevelopment relies in particular on a work of definition of the pavements that floats as a shared space without any boarders, with new plantations and the implantation of pieces of arts. The construction of canopies that redefine the urban space, protects and extends the public area and the construction of a cultural pavilion on the square.

The proposals are all shaped by strategic choices that will transform Os into a major hub and a transformer for activity in the region. a long-term strategy that can be completed in stages and will strengthen the city center: a clearer prospective identity with historical roots. 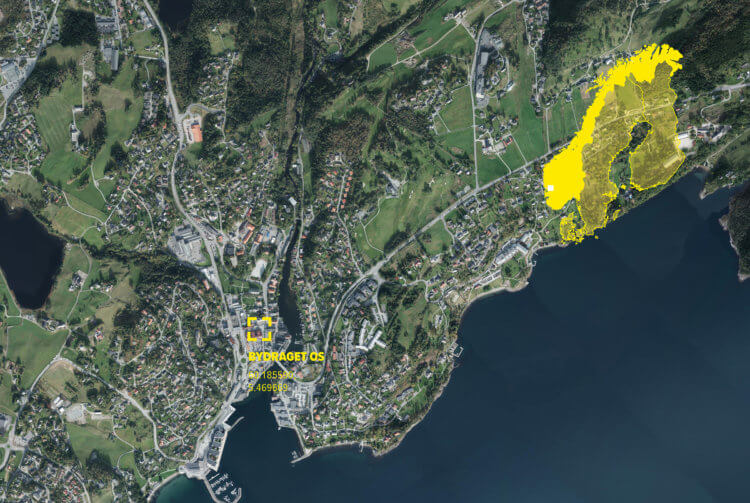 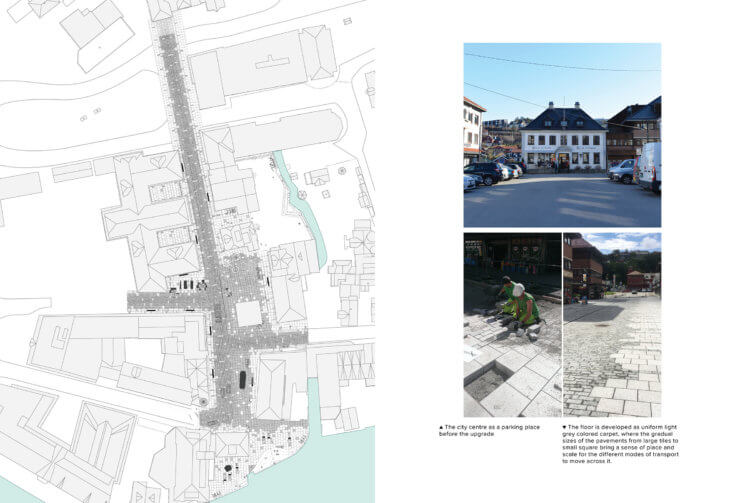 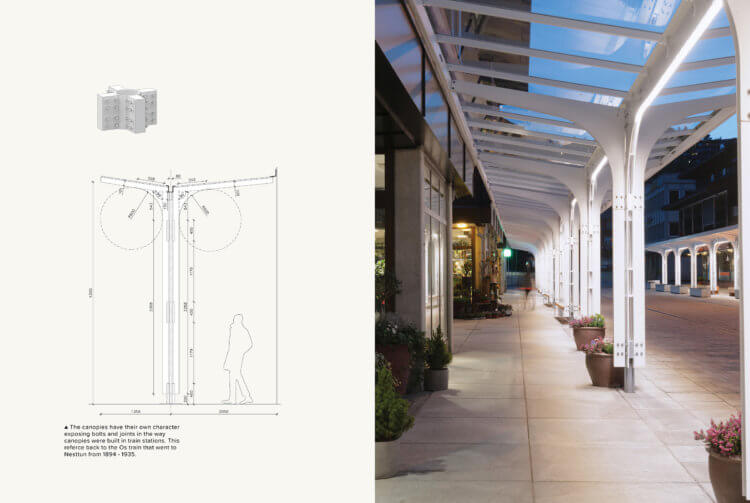 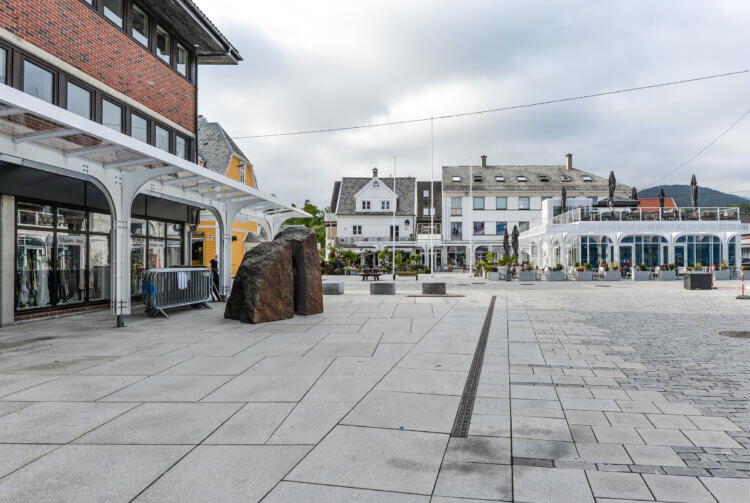 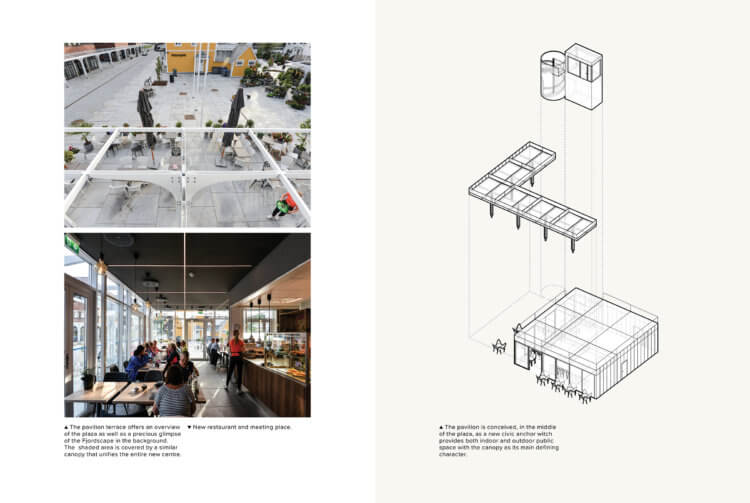 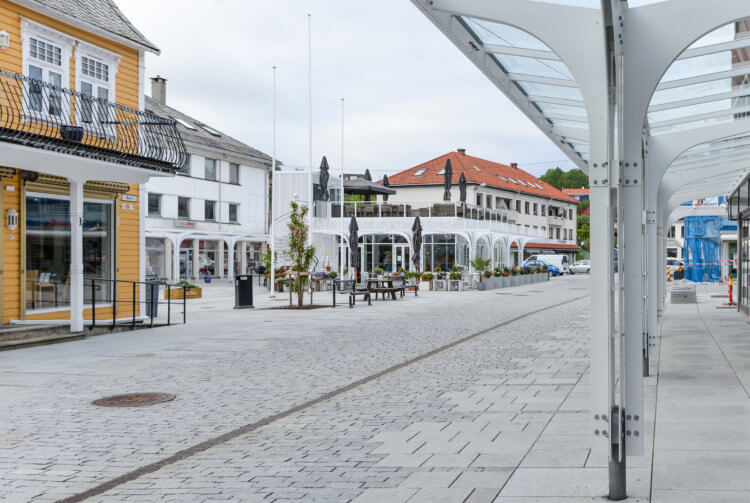