Taking inspiration from the programming and zoning of the traditional Norwegian Lemstove, the hut in Myrkdalen is a modern version of this.

Lemstova – within Western Norwegian vernacular architecture particularly prevalent in the 1800s. Residential building built by two log buildings of normatively equal size and with a half climatized room in-between. The half climatized room was used as kitchen and workroom on cold days, while one log building was for daily living and the other was a fine living room, heated just on special oc-casions. The entire structure has an outer skin in the form of planks. After the transition from smoke ovens to chimneys, it became possible to have a floor on the upper floor. This attic, was used as bedrooms and had an insulating effect to the floor below.

In the cabin in Myrkdalen, the half-climatized zone is in the middle of the house functioning as entrance and a passage between the entrance and terrace towards the light and the view. On either side of this zone are bedrooms for extended family and with living room / kitchen located towards the semi-climatic zone. The cabin is adapted for three generations where the grandparents live in one part and the family with four children living in the other. The interaction happens in the living room and kitchen. Lofts over the two sleeping sections create sleeping space for an entire school class if desired. Ski storage room faces the wind and weather, and protects the rooms inside.
The roof structure is twisted relative to the direction of the inside buildings so as to achieve greater covered space over the terrace and entrance area. This creates better protected outdoor spaces in a wet western climate. Only local wood is used the on the walls and the roof. Wood shingles on the walls and hard pine on the roof.
The lodge is located in a housing field and differ in form and expression from today’s typical prefab housing. 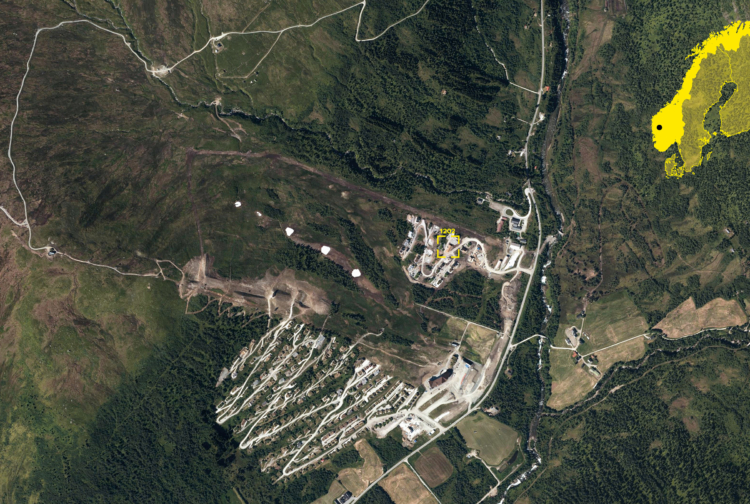 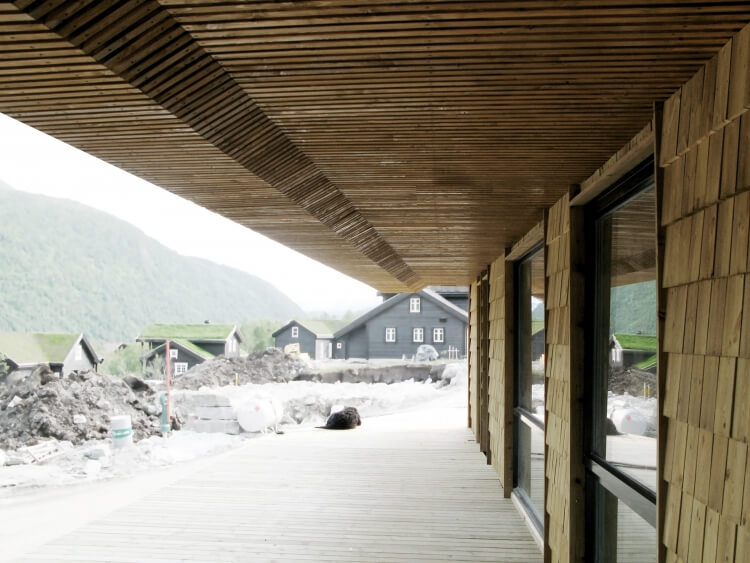 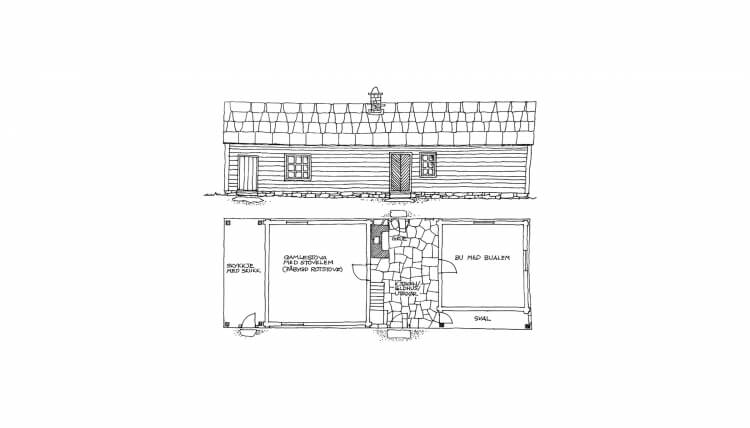 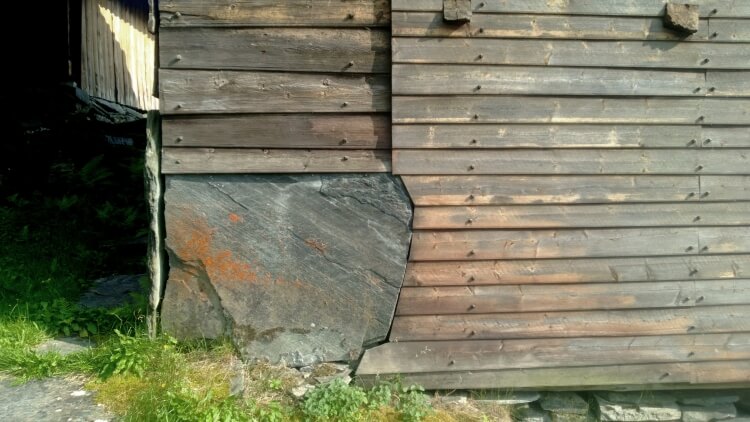 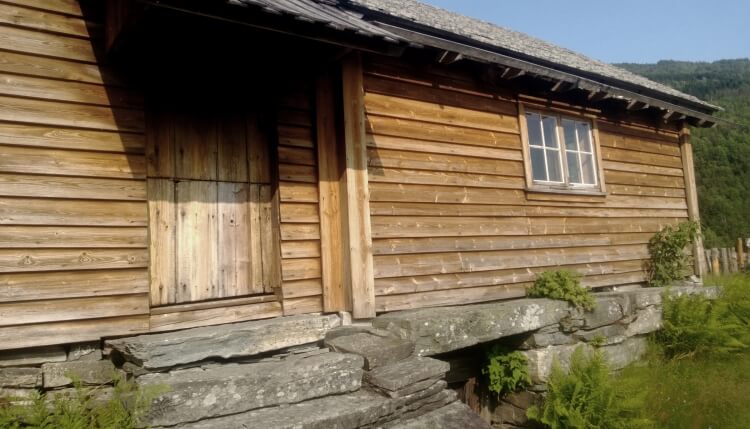 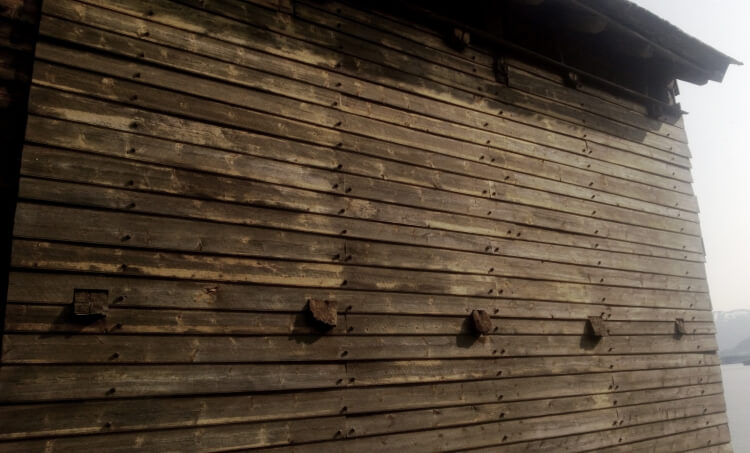 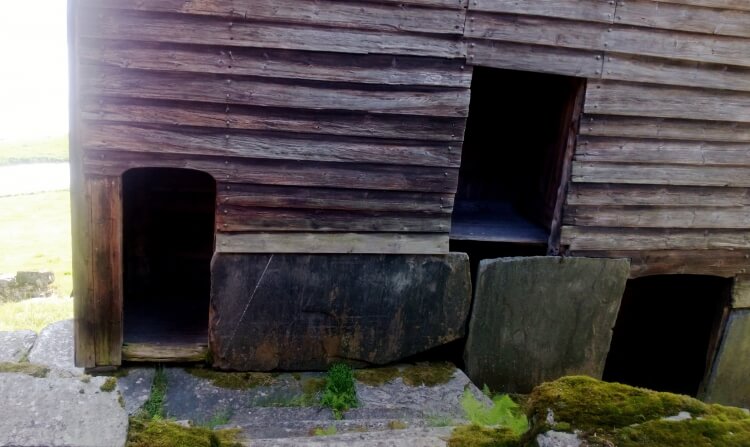 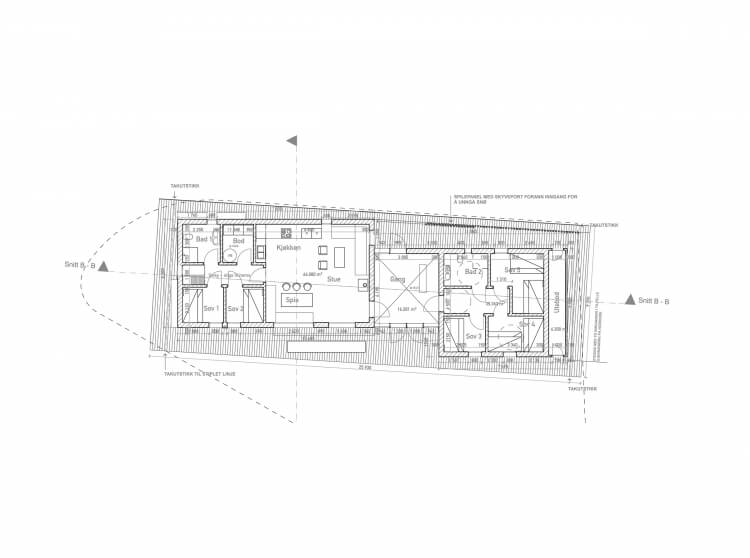 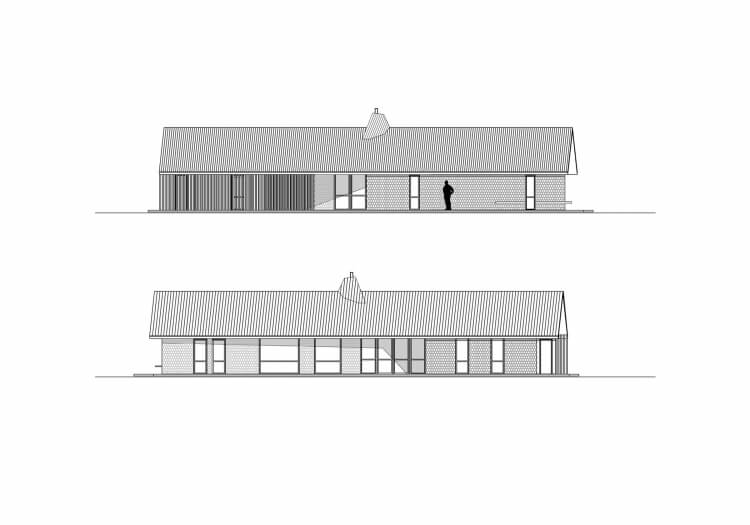 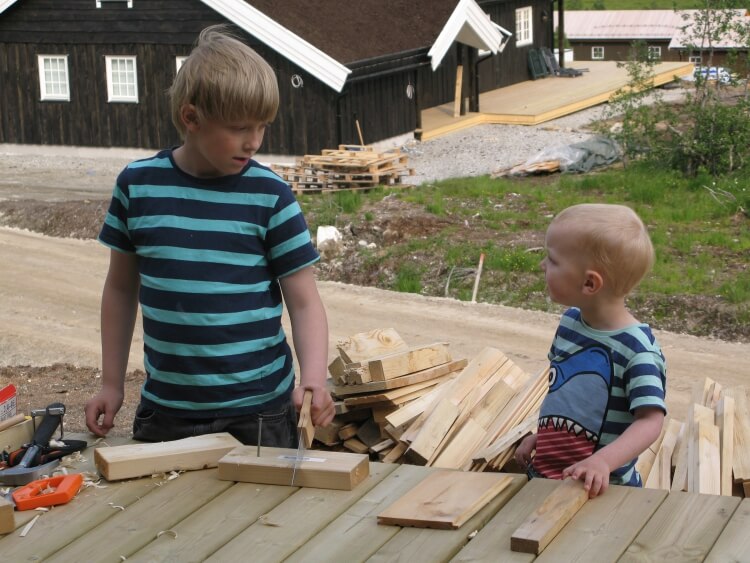 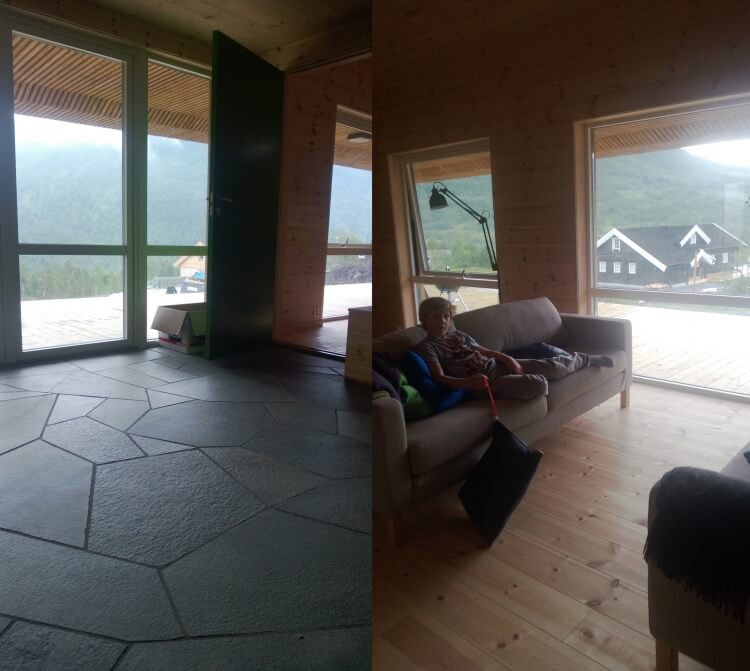 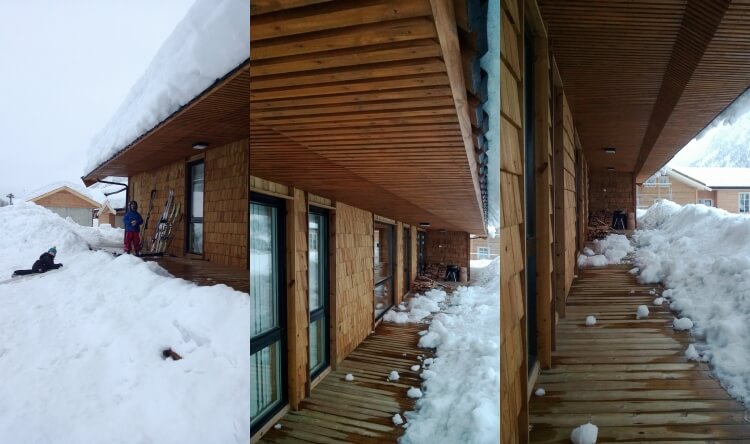