Research shows that the architecture itself can be caring and have a positive influence on people’s well-being. The key in this context is to create a human-scaled architecture, as we design Olsrød’s nursing home as a green inclusive village with a homely atmosphere.

Village for elderly with cognitive impairment

A new living and treatment centre for aging people with different cognitive impairments should be focused on the needs of residents and their relatives. The centre must contain well-known elements from the residents’ everyday life, which can create a feeling of security and contribute to the residents’ control over their everyday experiences. It therefore places a greater demand on the buildings not being characterized as an institution, but as a small society. The village should include a multitude of features constantly distributed between the private residences and the social common areas, which are tied together by urban and natural spaces. The built environment in itself should facilitate the residents’ gradual transition from being “well-functioning” to being care-dependant, and provide the residents with an experience of daily stability and normalcy in an often-confusing new reality. A person with dementia will experience being confronted with a basic sense of being lost, with a sense of mental homelessness, where she will constantly search for something recognizable in her surroundings: this is why it is essential for the Olsrød nursing home to provide its users with friendly, clearly-arranged spaces.

We have chosen to design the Olsrød nursing home as two Norwegian “tun”, or courtyard ensembles, close to one another.

Placed by the historical school and edging the large surrounding parkland, the two clusters form a harmonious whole with the natural surroundings and neighbouring buildings. The two “tun” make it possible to create an optimal balance between public and private – and the privacy of the residents. They present different qualities as their form and volumes respond to the immediate landscape they sit in, though they turn in a similar manner towards the existing “stabbur”, the two old oak trees and the school. The two cluster bodies also offer the option of having a differentiated user profile in relation to the residents’ groups. The smallest “tun” can house healthy and cognitively-functioning residents, while the bigger one, optimally designed to accommodate demented residents, offers the possibility of expansion in the future.

Many benefits are gained from establishing the nursing home in two wings: one gets buildings fitted to a human scale (small and low) and bring down the volumes’ height and perimeter. A high quality is reached in architectural expression in relation to the existing context, and in large outdoor areas. It formalizes a flexibility into the very core of the project, easing further adaptations and developments. Moreover, it allows builders to complete the construction in two phases if desired, and ensures good functionality for both employees and residents of the nursing home. 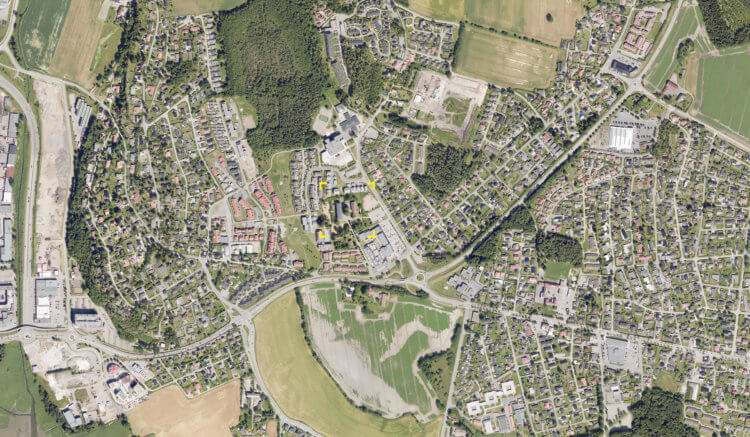 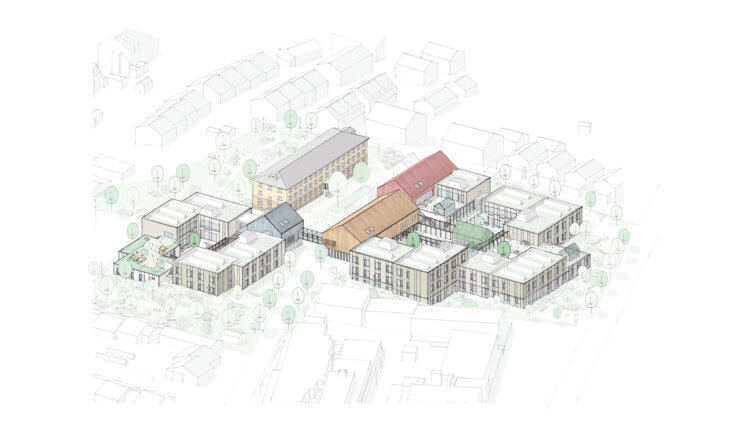 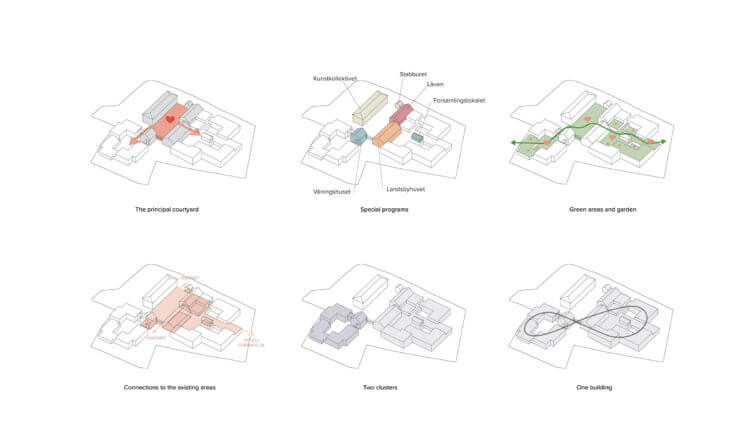 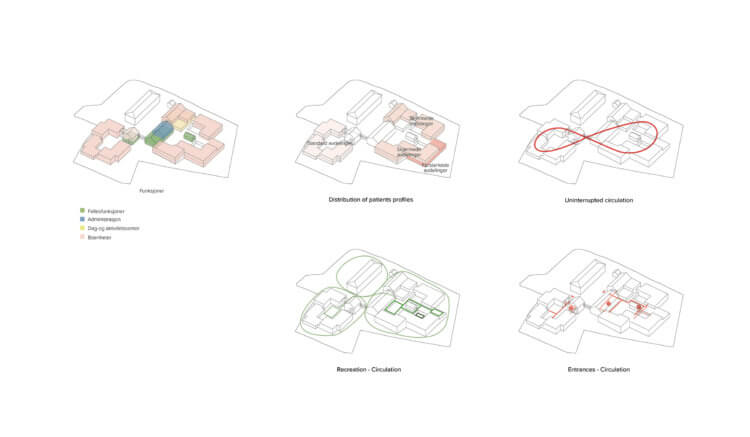 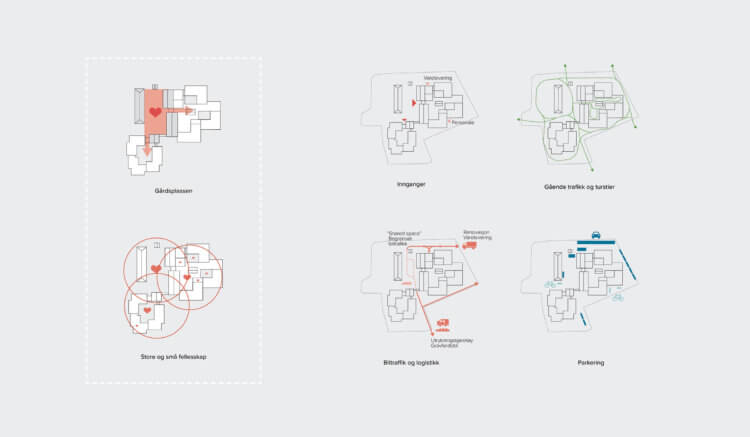 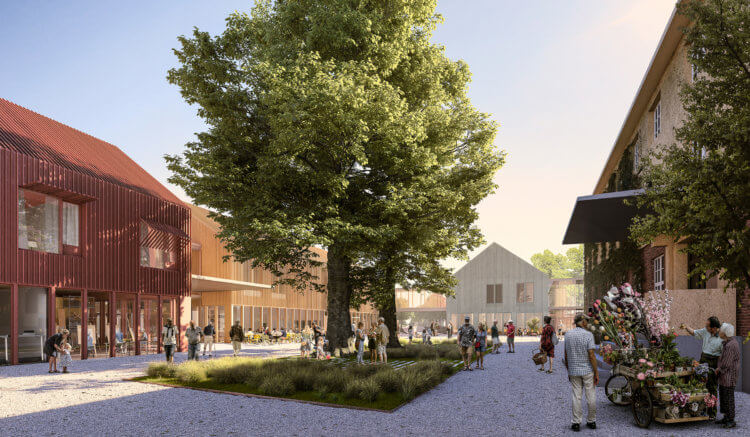 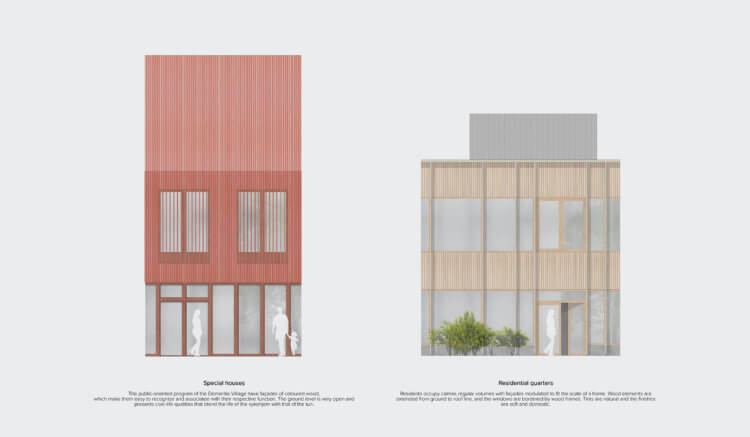 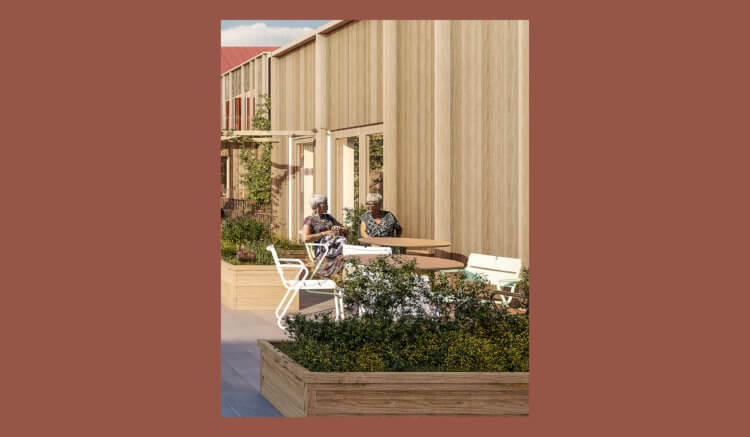 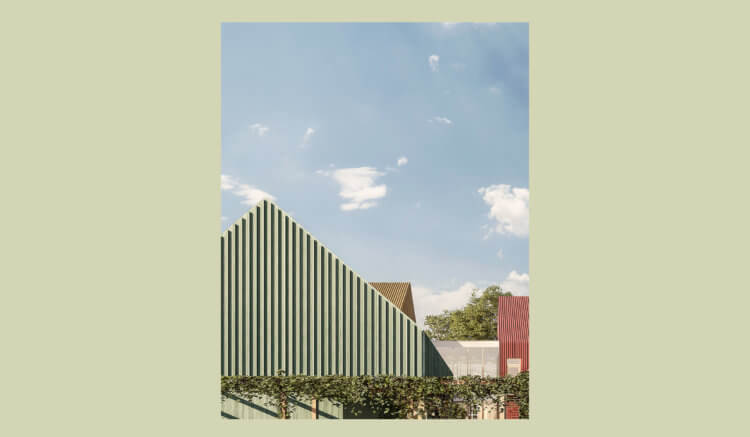 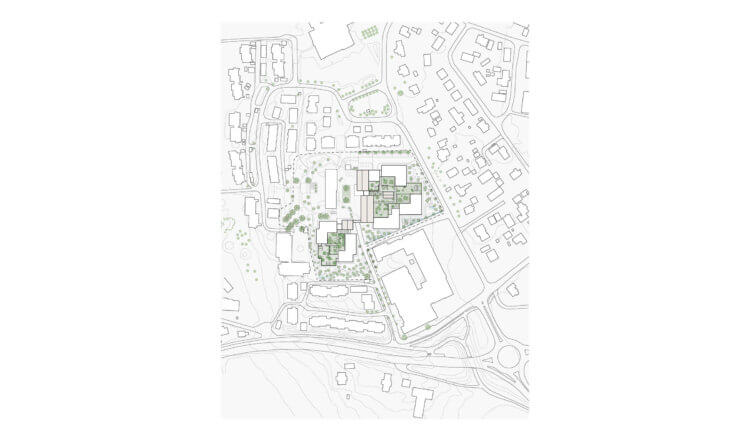 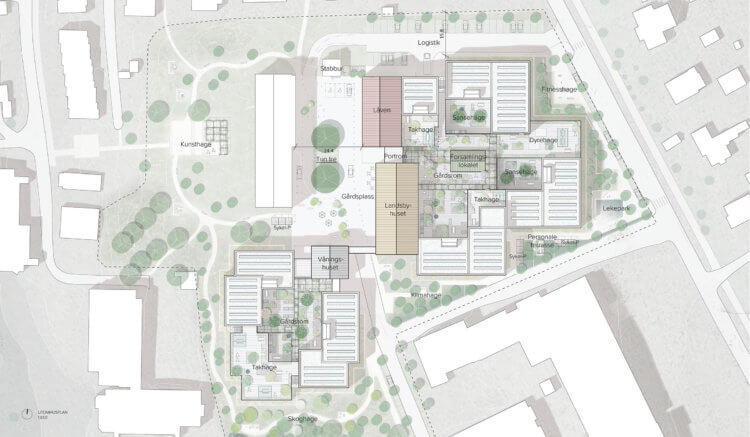 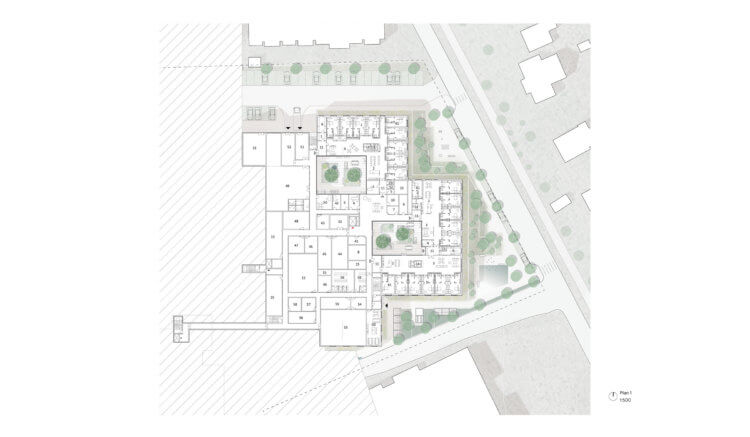 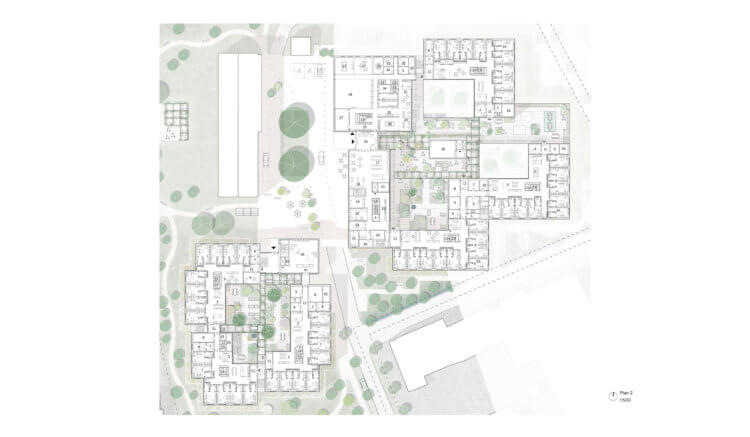 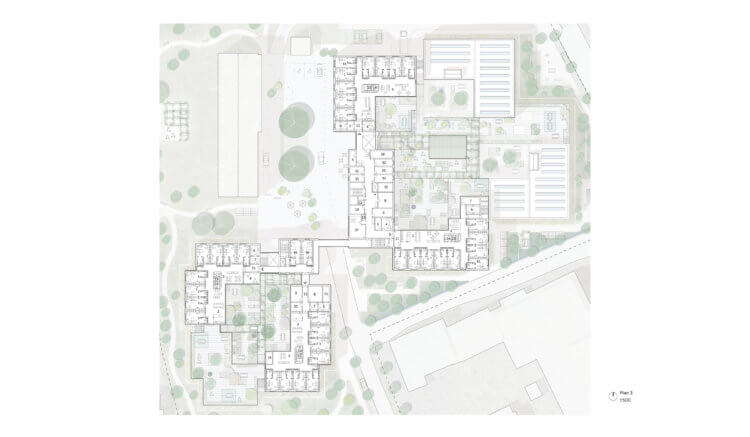 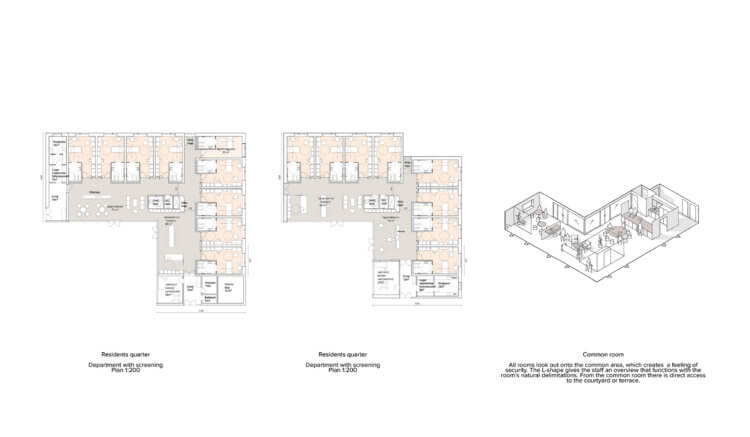 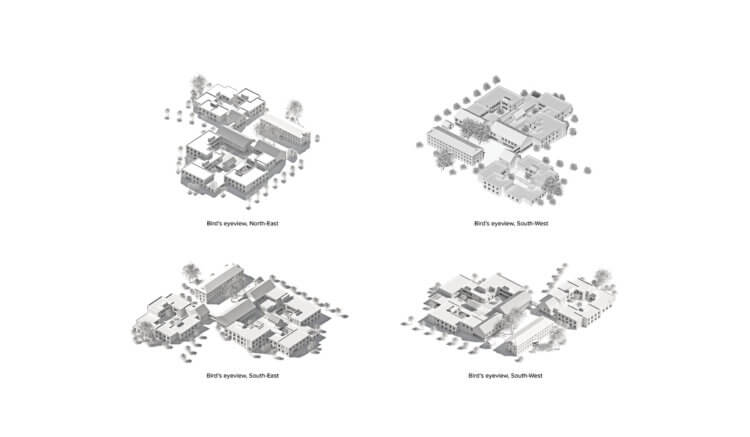 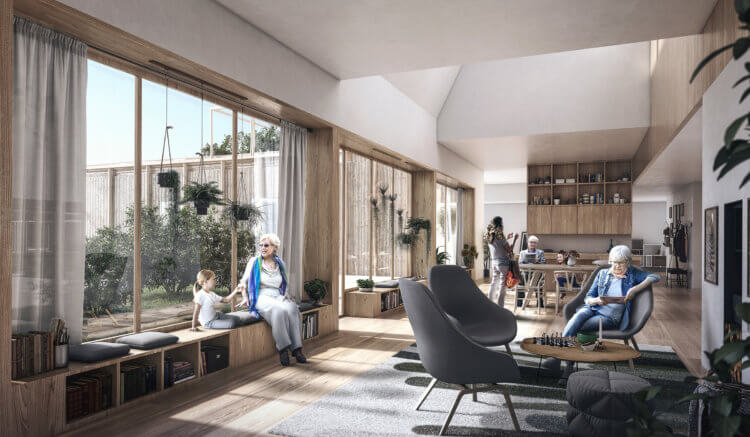 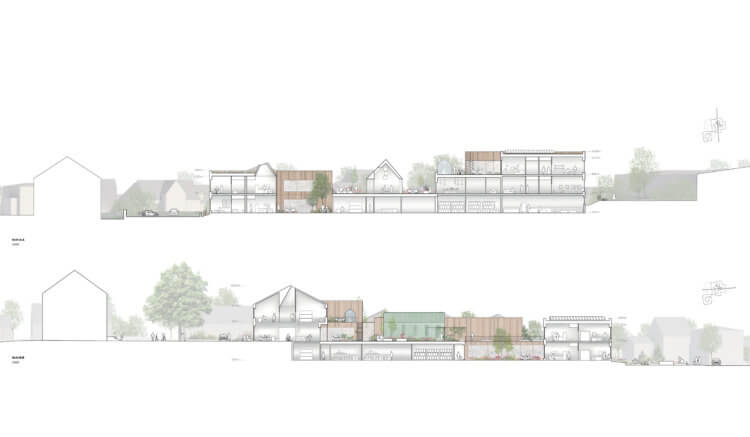 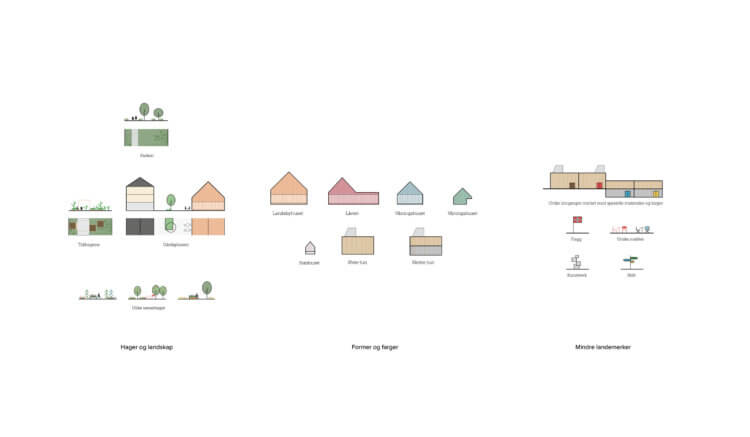 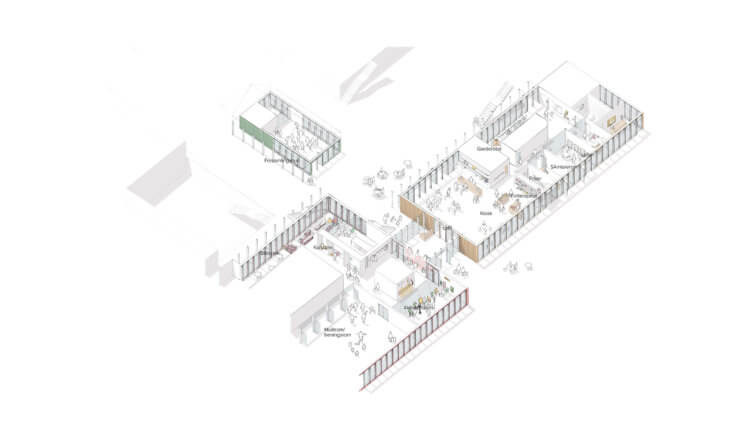 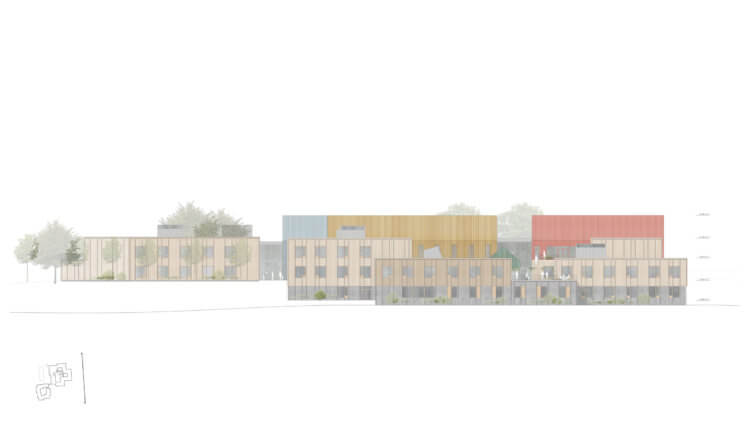 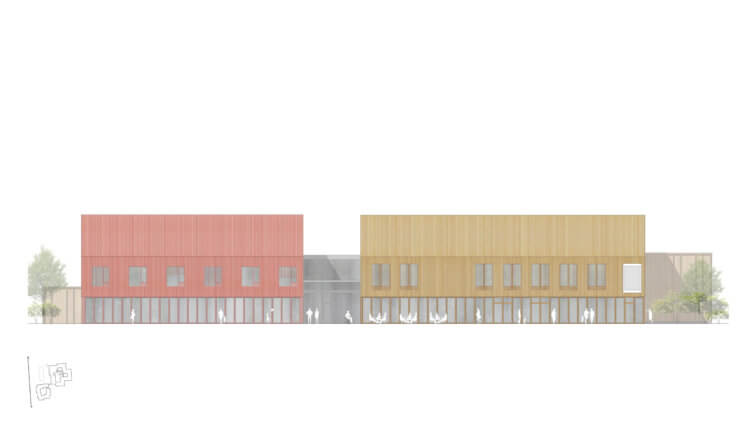 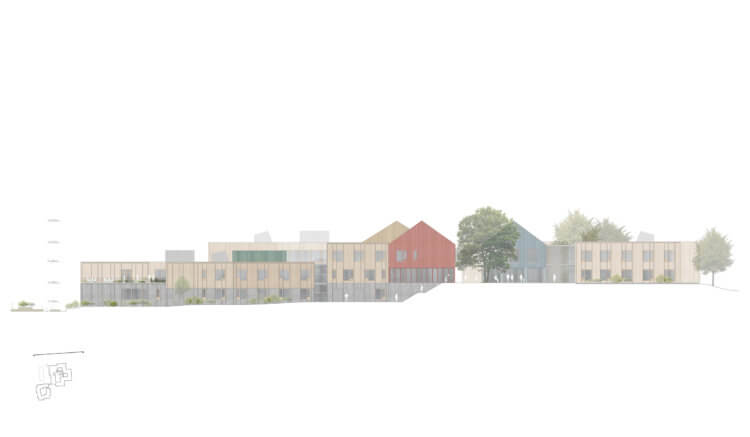 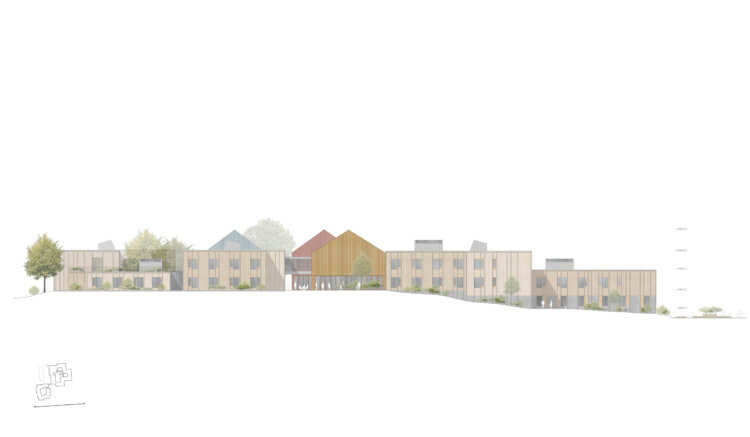 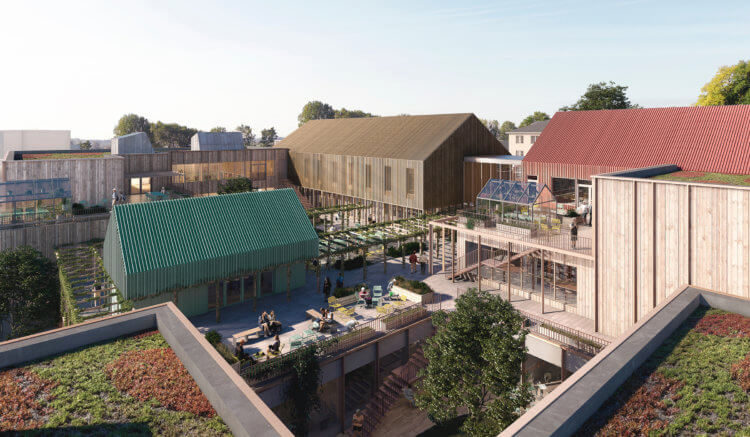 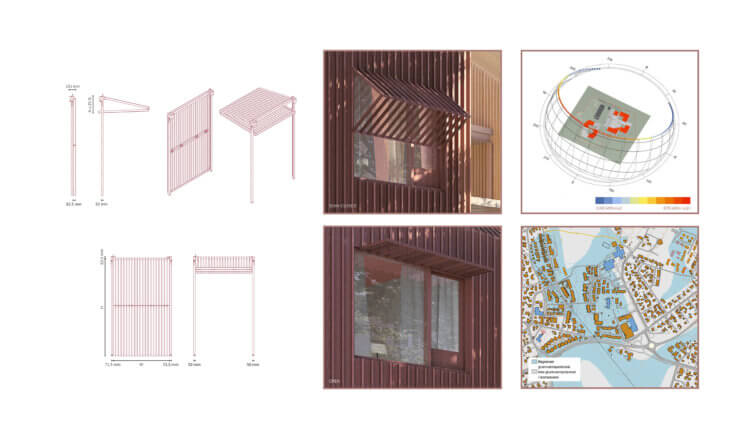 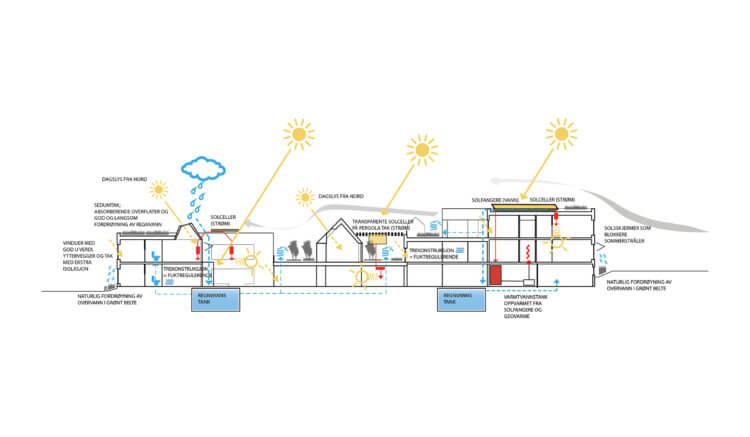