Since the 1870s, the Armed Forces have conducted live target practice on the shooting range at Ulven camp in Os municipality in Hordaland. In 2008, the NDEA launched the efforts to clean up the 100-year-old pollution, and build new firing ranges with modern environmental technology. In June 2010 the new shooting ranges were handed over to the Armed Forces.

When the shooting ranges were established over 100 years ago, few thought about the toxic effects of heavy metals such as lead, zinc and copper in nature. The metals, which are common in projectiles, are migrating with the rainwater into local streams and further into nature. In this project the streams have been piped away from the shooting range.

“This project is a pilot project for the NDEA. Our good experiences from the project of rearranging streams, remediation of polluted land and the construction of bullet collectors with polluted masses as a core are experiences we like to share with others who will carry out similar projects. This project is helping to set a new environmental standard for shooting ranges in Norway” said Bjarte Nesse, project manager in NDEA.

The new range-complex is designed specifically to optimize safety conditions so that it becomes possible to place the three individual ranges closer to each other. Complicated simulations and calculations of the various shooting activities’ safety footprints have been conducted, and, as a result of this, screens, walls and berms have been installed in the landscape to design an optimized safety footprint. This has enabled a very compact facility where the different paths can be used simultaneously or separately in complex exercises.

The project has as its goal that pollution from future shooting should not be spread to humans or the environment.

In 2011 the project was nominated to the NDEA’s architectural award, as the first training facility to ever be highlighted in this context. the leader of the jury, Prof. Arch. Karl Otto Ellefsen, states in the nomination document; “the project has a high level of innovative solutions, a distinct architectural expression, and high sculptural qualities. The facility is a rolemodel for other firing ranges”. 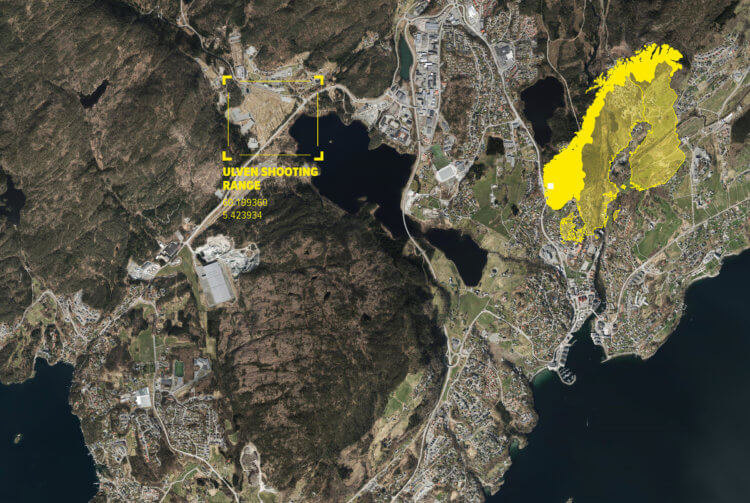 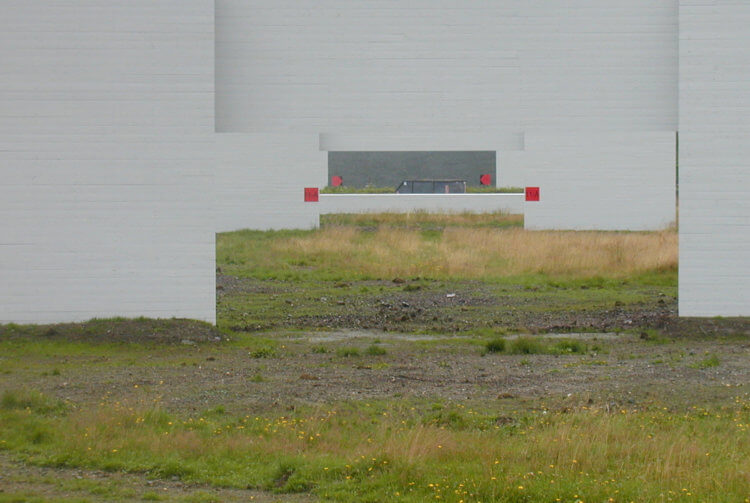 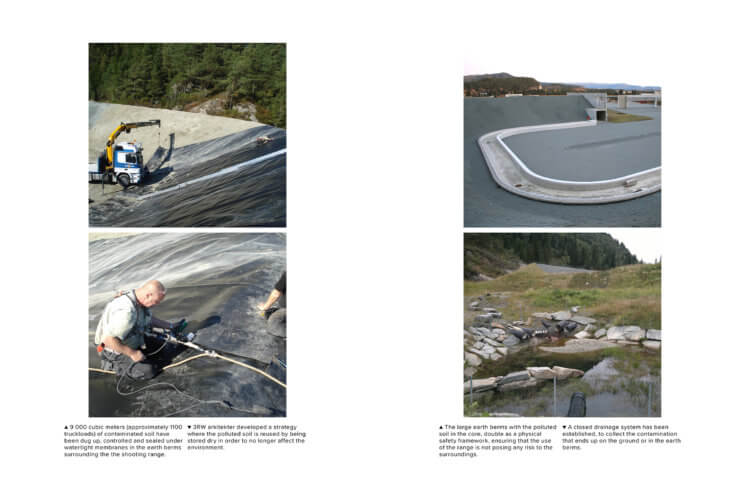 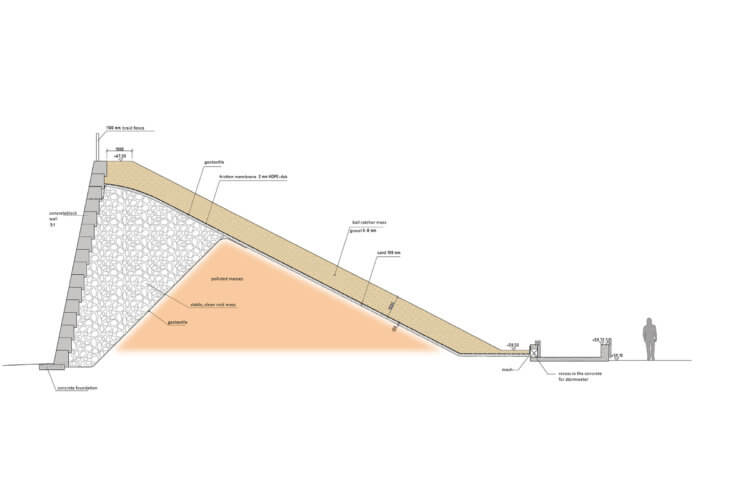 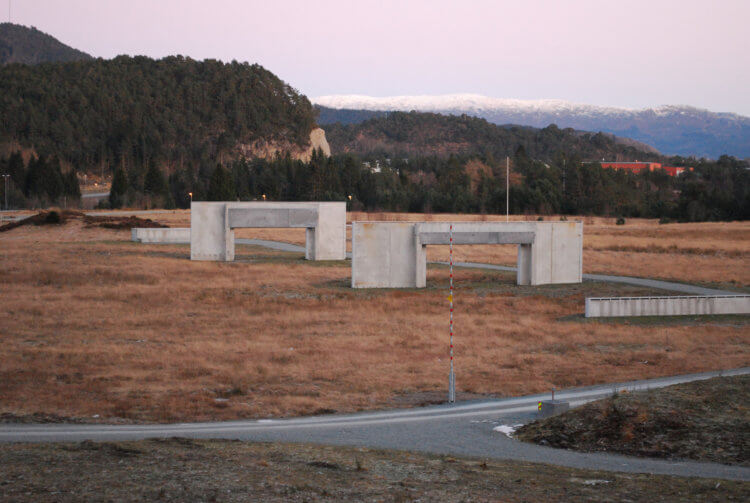