This week 3RW visited a new Landscape Healing site at Steinsjøen in the east of Norway, together with our client the Norwegian Defence Estates Agency (NDEA). Landscape Healing is the largest act of rewilding in Norway’s history. Since the early 2000s, 3RW arkitekter has been consultants in the process of restoring vast areas of land, managed by the NDEA. The project was awarded DOGA’s Honorary Award this year. Read more about one of our first Landscape Healing projects here.

We have been involved in around 30 different areas across the country. This was our first visit to Steinsjøen. During the winter and spring we have been conducting meetings with specialists (- EOD, cultural heritage, pollution, biodiversity-) to prepare for the visit.

We spent two days of mapping the different firing ranges, learning about different types of ammunition and the historical use of the ranges. What did Steinsjøen look like before? What is the preferred future use? What are the biggest limitations, and are they even visible? An important part of the design process is to investigate these questions, but also to gather information from various experts. The mapping and visualizations of the gathered information will lead to mutually agreed actions.

What will happen with Steinsjøen remains to be seen. Now we have gathered a lot of material that we look forward to analyzing further.

Here are some photos from this weeks visit! 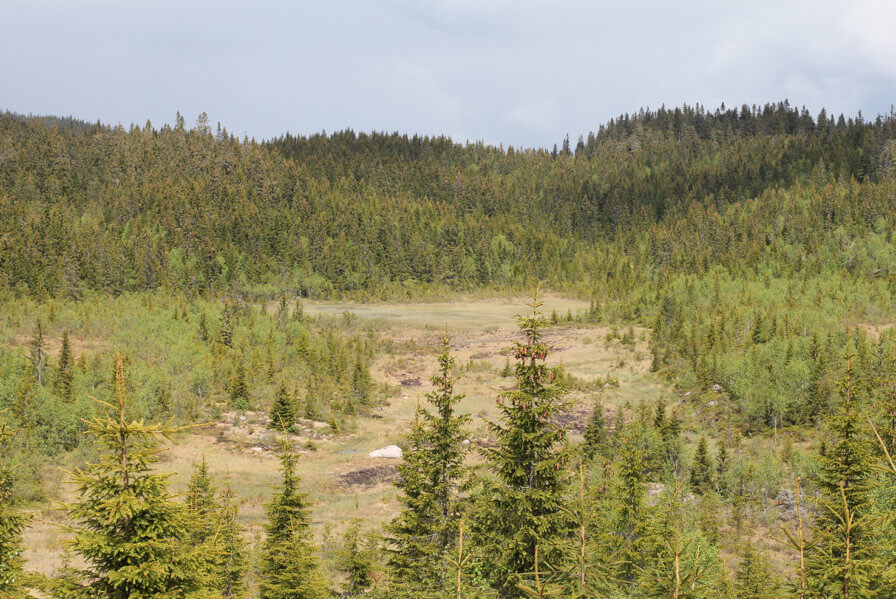 Firing range no longer in use. The darker areas of the marsh are visibly affected. 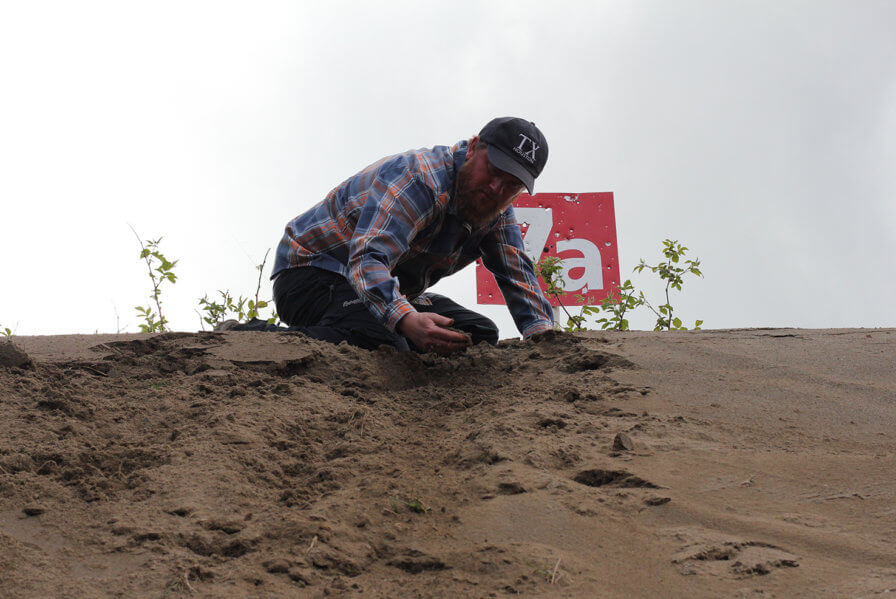 The landscape healer investigates the masses. 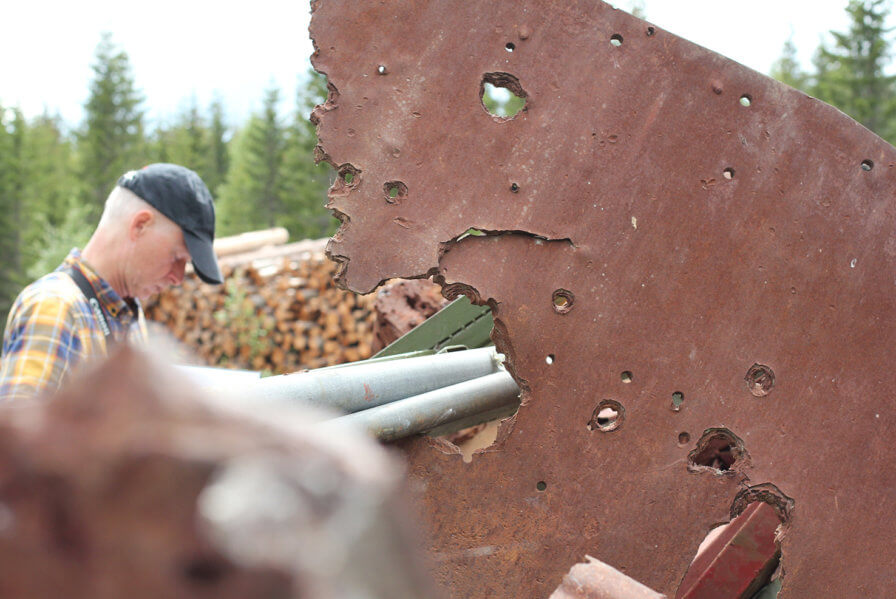 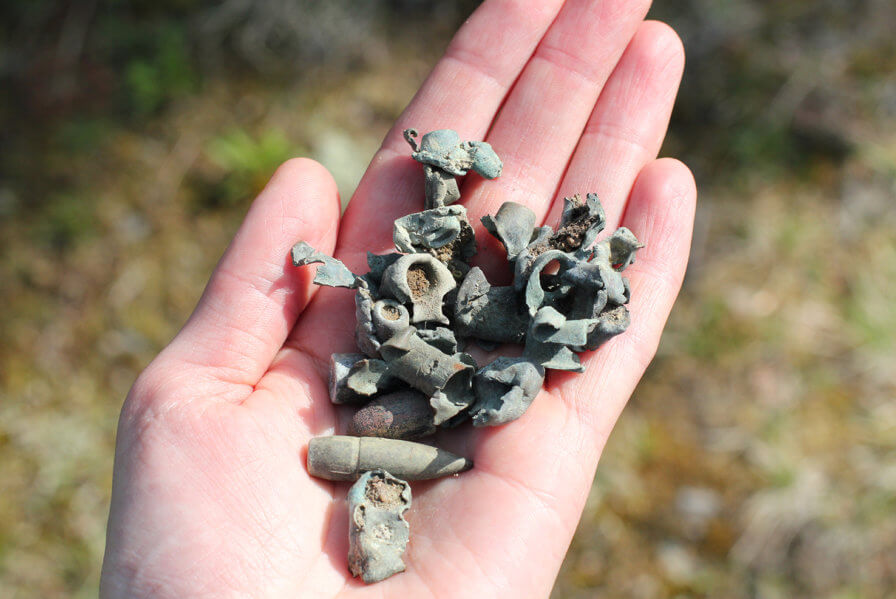 Rifle ammunition containing copper, zinc and lead, causing pollution and affecting vegetation growth in old firing ranges like Steinsjøen. With careful planning, the polluted soil can be treated or removed without damaging the local ecosystems. 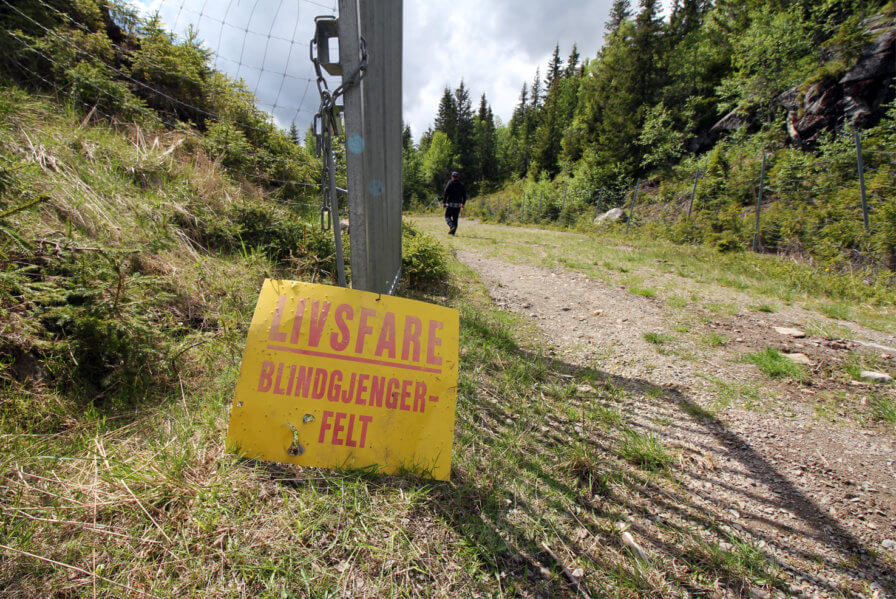