The Architectural Review sum up the now twenty year old Emerging architecture awards by looking back at the very first winner of the award, namely 3RW’s Orphanage in Chhepetar, Nepal.

“Praised for its ‘modesty and tenderness’, the orphanage was described in the pages of the AR as ‘a small building made by very young architects from one of the richest countries in the world for people of one of the very poorest’. The jury was unanimous, and the project won not because it was easily adaptable as a model or because its forms and spaces should be copied, but because it showed ‘essential, appropriate architectural imagination, realised with the greatest economy’. Twenty years before Greta Thunberg and Extinction Rebellion, the judges were committed to the ‘ideal of ecological appropriateness’, looking for architects who did the least damage to the planet when building.”

Read the full article here at The Architectural Review. 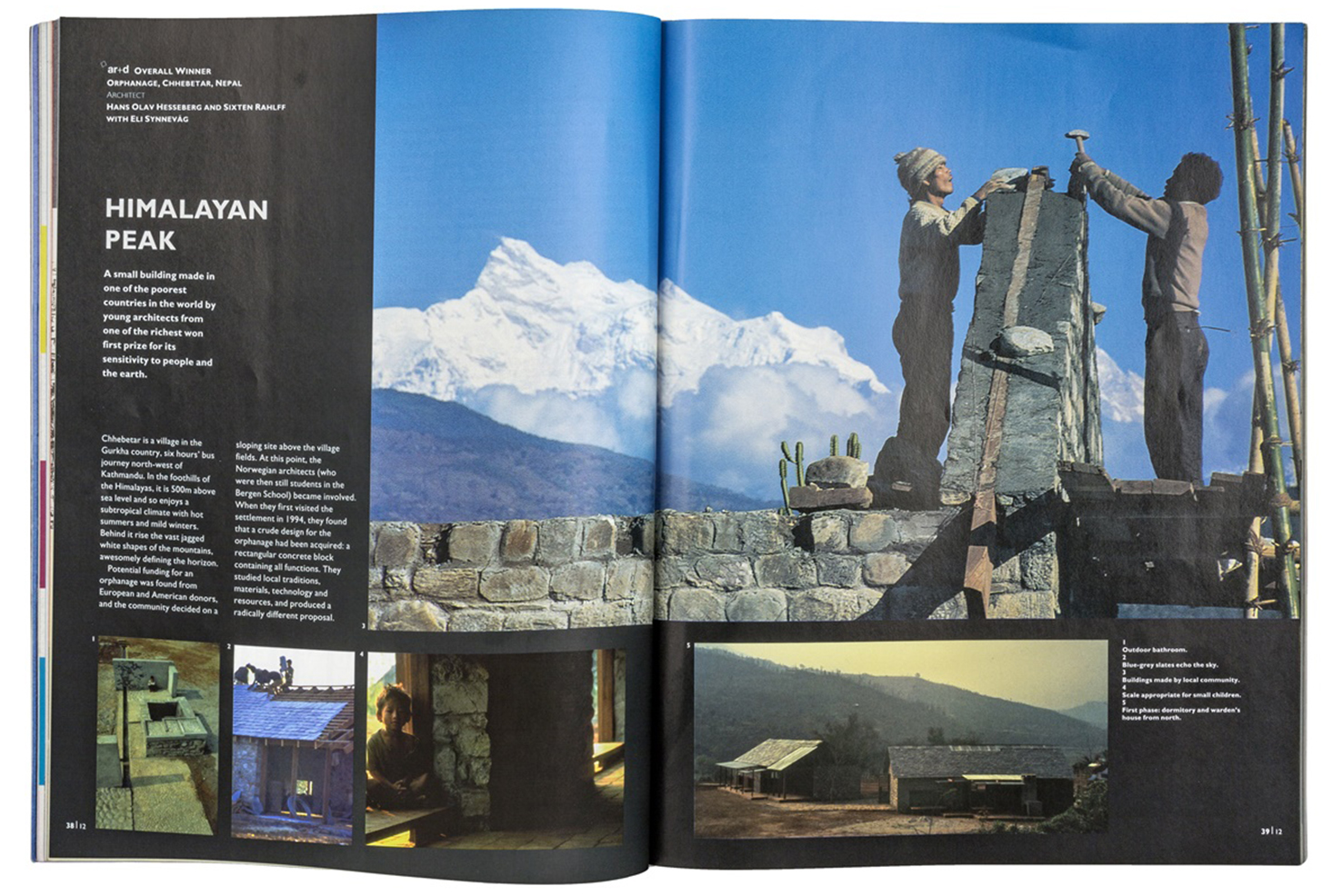 3RW’s orphanage in Nepal won the top prize in the AR’s Emerging Architecture Award in 1999. Photo from original article in The Architectural Review.