A rehabilitation of all the spaces receiving the public with a new dialectic between public spaces and workspaces, through the insertion of a new type of ’cabinet de curiosité’ displaying the institution’s archive

KODE 1, which is the present name of the building designed by the architect Henry Oslo Bucher in neo-classical style, was completed in 1897, highly anticipated in the city as it received the permanent collection of decorative art for ‘Vestlandske Kunstindustrimuseum’. The facade is made of red brick and stone, and with a large central atrium and a granite staircase.

One of the main challenges was to make KODE 1 Permanenten a more natural and open part of the city and the cultural axis. Its position in the city is in the crossing between the cultural axis and the classical city plan, between the mountain in the east and the Nygårdshøyden with the university and museum’s park in the west. Spatially, the clear access running from the theater Den Nationale Scene to the city park, Byparken, with its hexagonal lake Lille Lungegårdsvann, offers a wide-open avenue that acts as a city-scale void in tandem with Torgallemenningen, Bergen’s main city square. The two work together: one organizing the main cultural institutions, the other supporting the commercial drive of the center.

In the latest years Permanenten has been a closed and detached cultural building, both visually and programmatically, in the middle of the cultural axis.

This is the reason why the museum wanted to bring more public life and happenings into the building. All the 3000 design items are made public and brought up from the cellar where they used to be stored.

Visually the aim is to show the cultural axis through the colorful tile floor in the first floor that now is floating together with the park. This gives a strong public and esthetic signal.

The second main ambition is on a rehabilitation of all the spaces receiving from the public outside the exhibition hall and workspaces which used to be a disparate collection of small pieces of poor quality, and at the same time benefiting from the reorganization of these spaces. The intention is to expose the reserves of the museum – formerly inaccessible – in the form of a revisited principle of ‘cabinet of curiosity’ in a form which at the same time serves as a wall of exhibition and filter between the café / restaurant, shop and storage and working spaces which are also partly exposed. 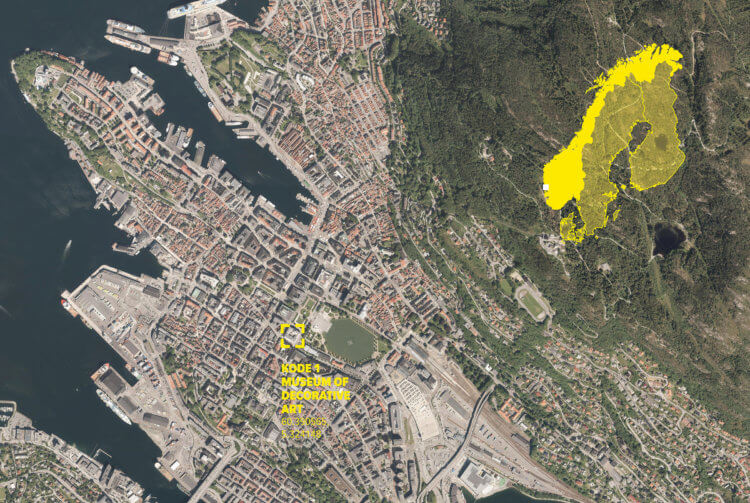 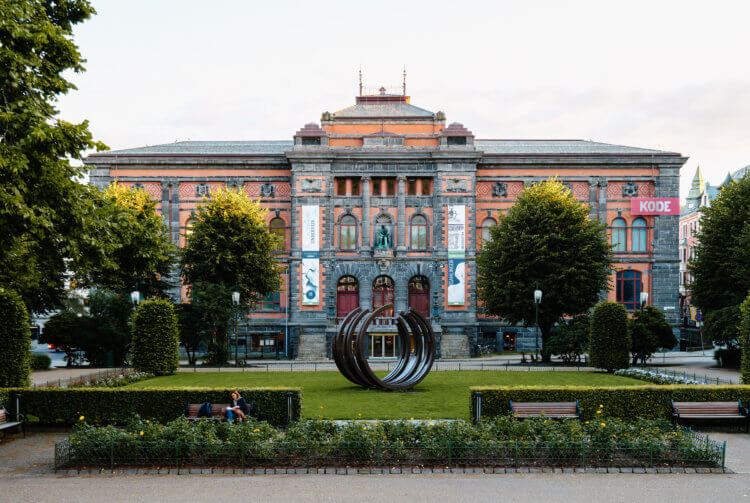 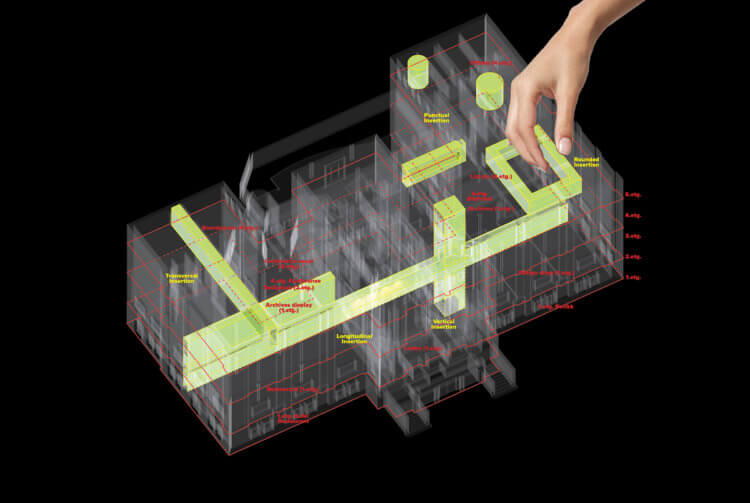 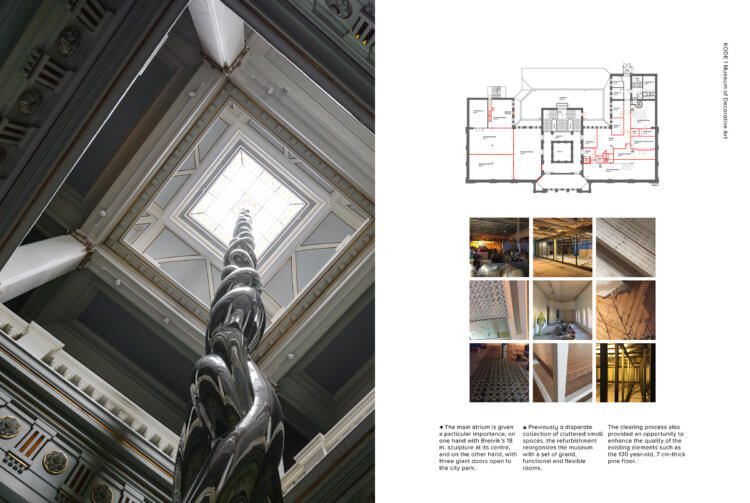 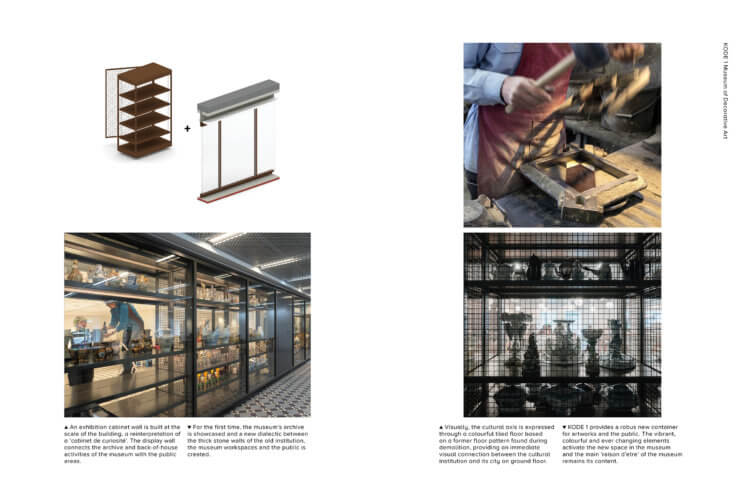 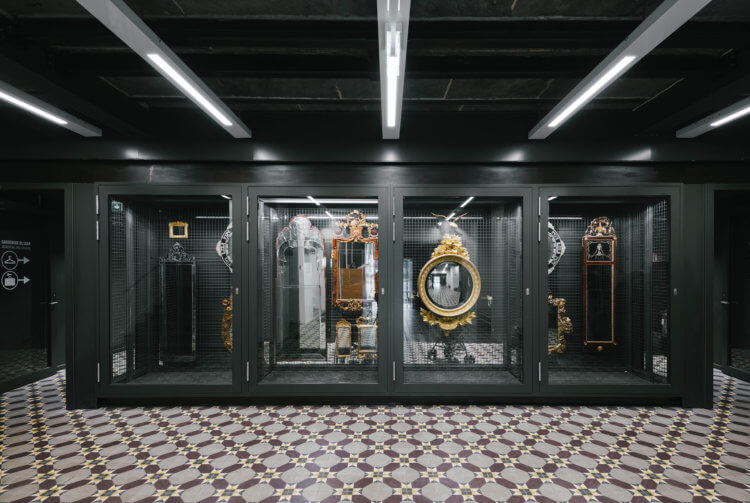 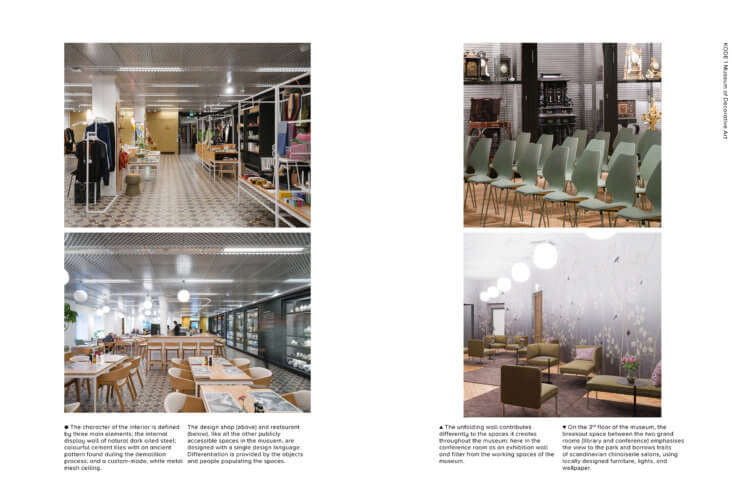 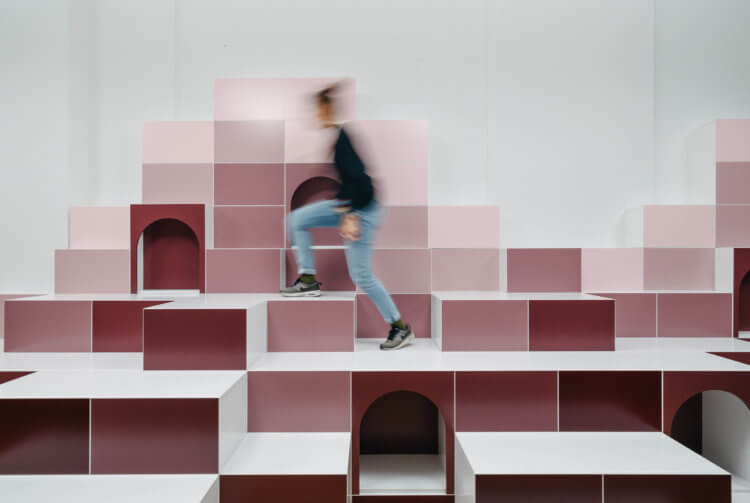 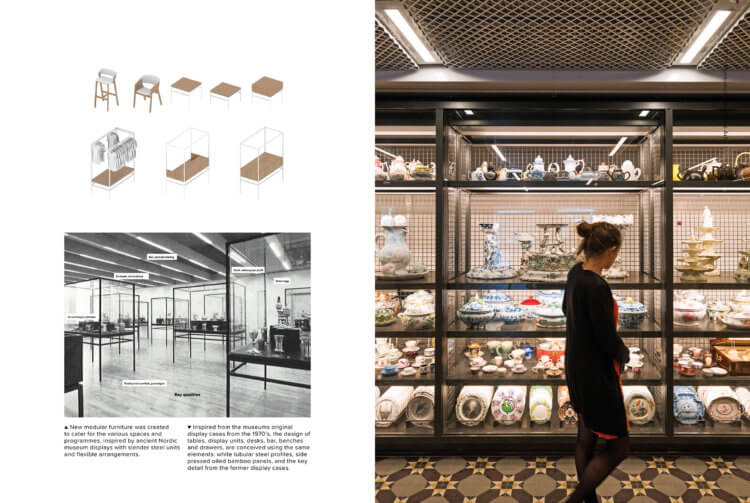 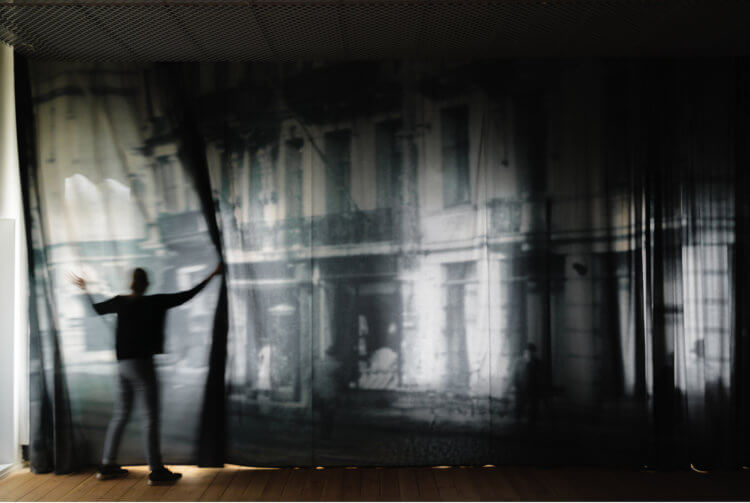 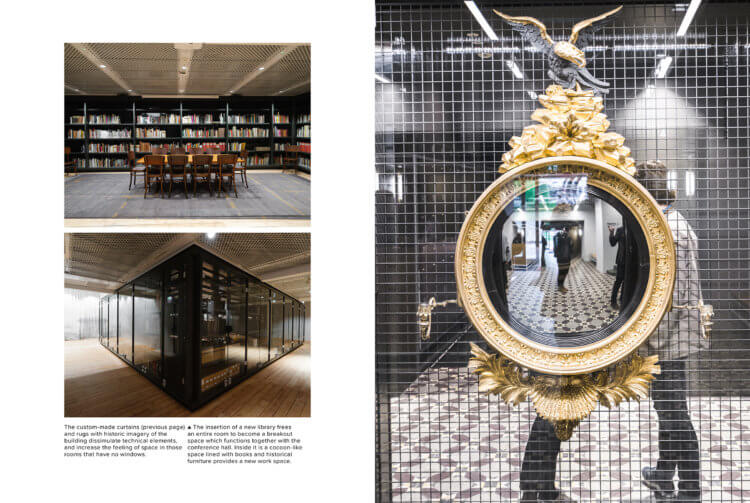 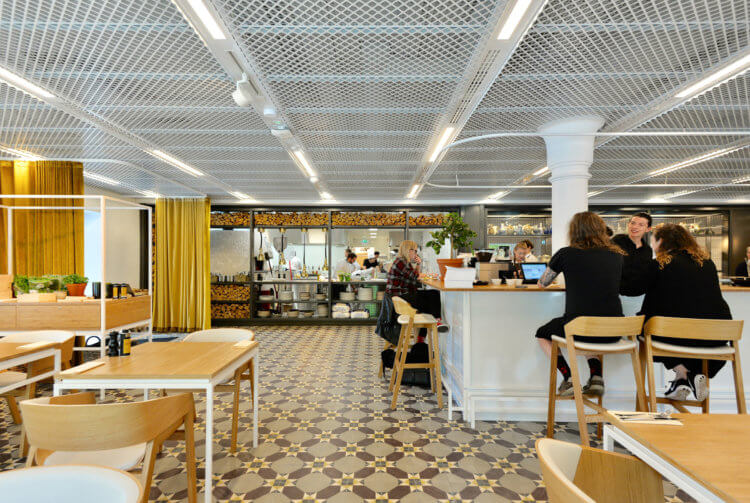