In KunstLab, Norway’s first child art museum, children and youth meet art on their own terms. The museum has a major exhibition curated for children, several workshops and not least a laboratory where one can explore art science through play and experimentation.

With KunstLab, KODE wants the younger part of the audience to get the best conditions for becoming experts in artistic and cultural heritage, and to become good interpreters of visual expressions which take an increasingly larger place in public. KunstLab has a number of organized workshops for families, schools and kindergartens.

The project rests on a broad definition of art, and workshops are established for painting, sculpture and digital production, while a number of technical measures such as perspective and color theory are visualized. Children’s way of learning through movement is particularly emphasized and KunstLab is thus a space where physical activity is an integral part of discovering art.

The architectural concept for the design of KunstLab is based on the myth of the Minotaur and the labyrinth: according to Greek mythology, it was the architect Daedalus who designed the first maze. King Minos wanted to build a labyrinth to hold the Minotaur imprisoned. The maze had not only the purpose of protecting people from the Minotaur’s wild destructiveness – it was also a trap. The hero Theseus went to catch and kill the Minotaur. King Minos’ daughter Ariadne fell in love with Theseus and helped him find his way out of the maze by giving him a ball of yarn. Theseus rolled it out as he went in, and followed the thread back. KunstLab is such a maze of experiences where the artworks lead to unknown rooms and experiences. By establishing a yellow line, which is a rubber covered steel core, the KunstLab connects various departments and creates a continuous reference that leads the visitor through the Children’s Art Museum. At an overall level, the yellow thread conveys KunstLab’s basic quality of being a constantly evolving, unifying arena for the dissemination and production of art. 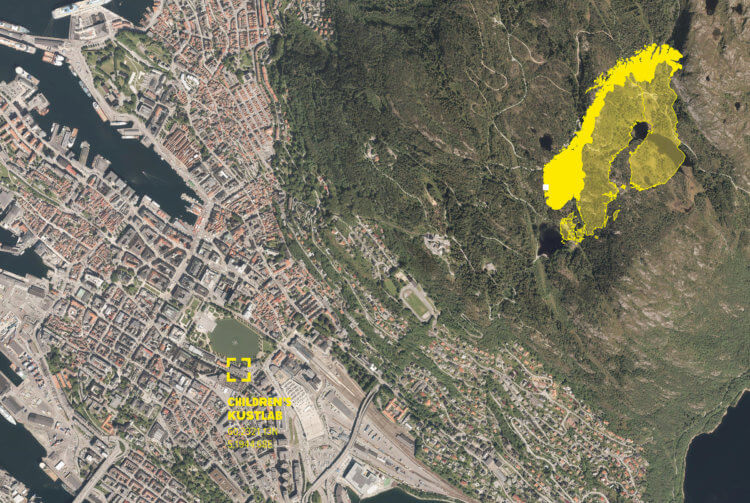 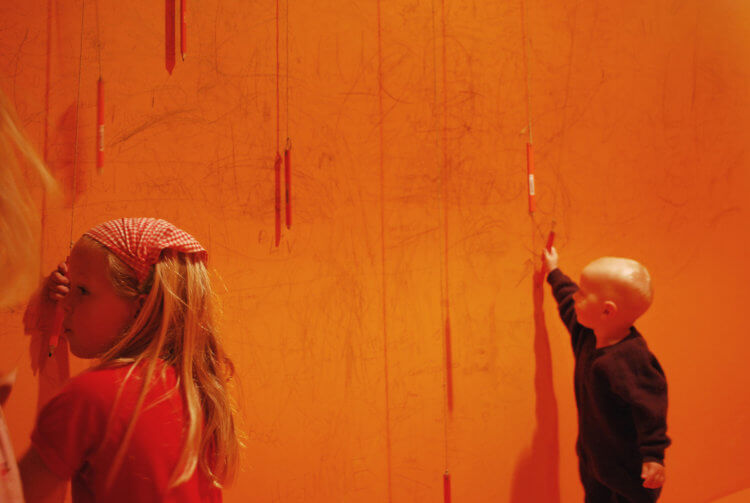 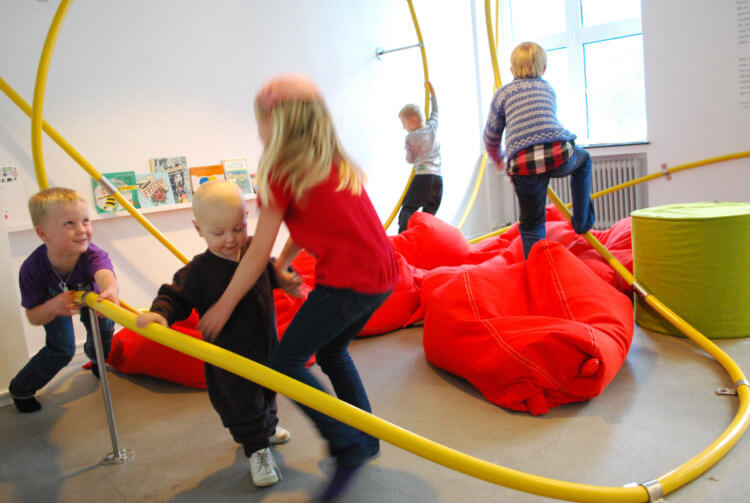 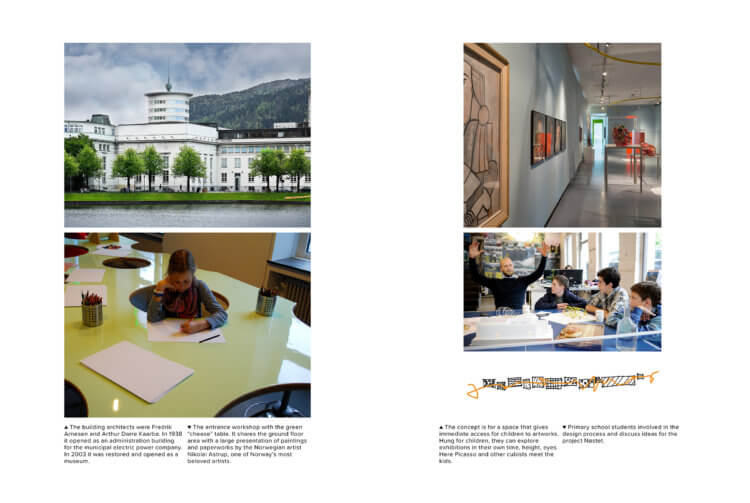 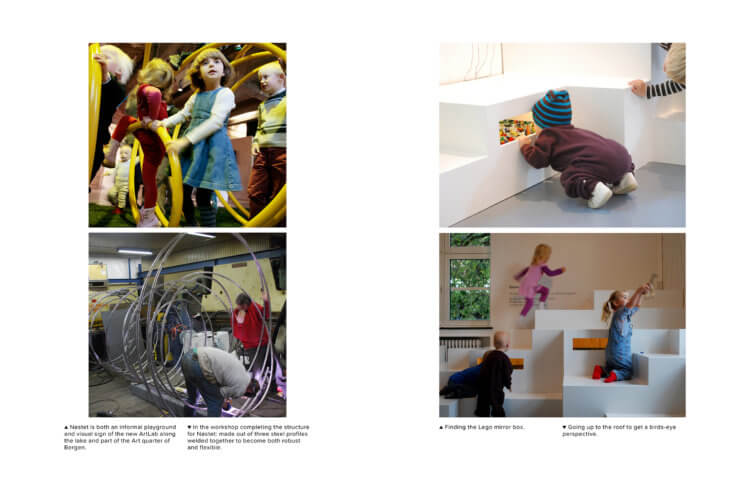 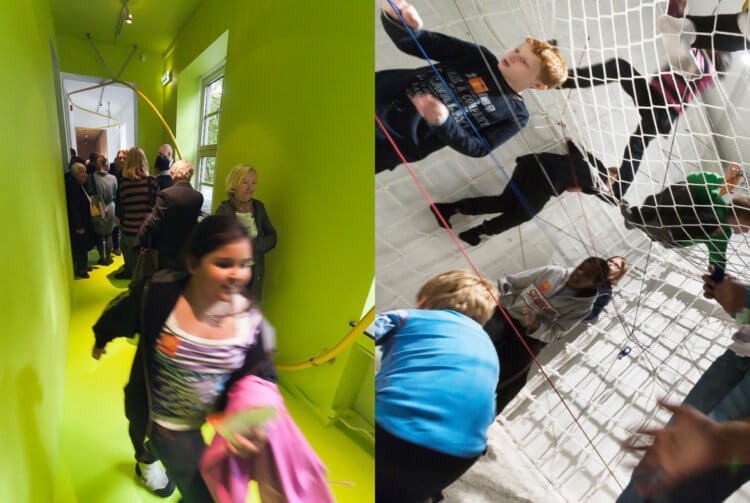 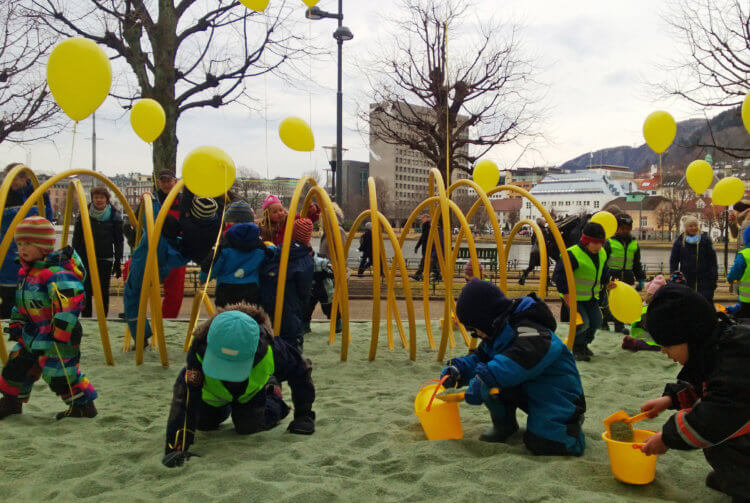